Visiting all the important attractions in Acapulco, including: A Baby Turtle Release Camp, La Quebrada High Cliff Diving Exhibition (a table and a drink with the best view) We will of course visit the Mercado Municipal and take a stroll by the most important parts of it (optional), also we will tour the residential areas including Working, Middle Class and the Exclusive neighbourhoods, The Chapel of Peace and Trouyet Cross, We stop at the Diego Rivera Mural and Drive all along the Costera, Acapulco´s most popular oceanside avenue. We include no less than 3 stops for pictures. All inclusive tour, NO extras, NO sudden Fees, NO surprise charges. Click on the Trip Advisor Sign and look at what our satisfied clients say.

The La Quebrada Cliff Divers are a group of professionals, based in Acapulco. They perform daily shows for the public, which involve diving 35 metres (115 ft) from the cliffs of  “La Quebrada” into the sea below. The depth of water in the “Gulch” can vary from 6 to 16 feet depending on the waves, with an average depth of 12 feet. Timing is crucial for the divers. During the night, they often hold torches while diving. Acapulco cliff diving was regularly featured on weekend sports television programming in the US during the 1960s and 1970s when the USA High Diving Team competed with the La Quebrada Cliff Divers annually during the Acapulco Christmas Festival. The 2002 Guinness Book of World Records lists this as “the highest regularly performed headfirst dives” in the world.

Although cliff diving at La Quebrada had taken place for many years, it was not until 1934 that the La Quebrada Cliff Divers was formed. One of the more famous Cliff Divers was Raoul Garcia. Swiss big band leader, playboy, club owner and hotelier Teddy Stauffer (1909 – 1991), the man who is credited with turning Acapulco into a world class resort, (and for some time managed the El Mirador Hotel at La Quebrada) actually turned the boys, who were diving from the cliffs there, into stars, some ten years later. He is remembered as “Mr. Acapulco” to this day.

We can start the tour at 09:00 a.m. and go directly to visit a sea turtle conservation camp where if you wish you can have an exciting opportunity to interact with live sea turtles that is only available to a select few people. We will visit the nursery, nests, and the turtle camp.  We will see all the baby turtles that were born during the day, at the end we will release the baby sea turtles and help them get safely to their natural ocean habitat.

The chapel of peace. The view, 1,200 feet above the sea level is breath taking. Located in the residential neighborhood of Las Brisas, Capilla de la Paz (Chapel of Peace) is a contemporary church that features a 130-foot white cross that towers over the Bay of Acapulco. The non-denominational chapel offers sweeping views of the bay and its iconic cross can be seen from many parts of Acapulco. The Chapel of Peace first opened in 1971 as a tribute to the land owners’ sons who died in an airplane accident. The peaceful location boasts gardens, water features, sculpture, and amazing views for visitors of any faith. and after spending no less than 30 minutes there, we also tour some very exclusive neighborhoods.

We then head to the Costera, to see the many famous landmarks along Acapulco Bay and, if you wish, shopping for such things as silver, gold, handcrafts or whatever your interest.

How intense you want to get to experience the Mexican flavor will depend on you. The Mercado is a great place; We may or may not  get off the  Van  to walk around for only a few minutes to even a couple of hours, always of course in company of your  private tour guide and driver;  it will be all up to you!  We do tailored-made tours. We gladly  take you where you want to go. Walking the market is HIGHLY RECOMMENDED.

The Mercado Municipal is really an eye-opener! We guarantee you will find it fascinating. There is just so much to see—dry goods, housewares, gorgeous flowers, candy, live roosters, fresh produce and fruits…. There is also a “Witch Doctor” sector where many stalls feature health care products, which are a combination of herbal remedies and Santeria-type spells and prayers to saints and other entities.

Many of these stalls have cages full of large live bugs, warms, whose purpose you´d rather not to ask about.  We guarantee you will be more than glad to have seen the Mercado. It will be totally unlike anything you had ever seen before.

Later we head to see the Mural of Diego Rivera, with a short stop for pictures and we also make one more stop for pictures at the Casa Blanca Hotel.  The mansion was built on a cliff in Acapulco’s hey day in the middle of the last century, and is on the market for a minimum of six million dollars.
“There are (three) unknown murals inside. Only the ones that can be seen from the street are known,”  Dolores Olmedo, a sophisticated art collector and friend of Rivera and his famous artist wife Frida Kahlo, had the mansion built in 1940. Rivera created the murals between 1955 and 1957 — the year he died.
One mural of naturally-colored stones depicting a journey by leftist Rivera to the former Soviet Union decorates the artist’s former studio alongside the house.

Another — on the outside of the house which is called “Exekatlkalli” or “House of the Winds” in the indigenous Nahuatl language — depicts an Aztec serpent god in a long stone mosaic.

Olmedo died in 2002 and passed the property, which includes a tropical garden and a swimming pool overlooking the Pacific, to her grandchildren who now live in the United States and wish to sell it.
Rivera’s work cannot leave the country because it is considered to be part of Mexico’s cultural heritage, but private individuals can buy the property, Phillips said.
The estate includes Rivera’s three-story artist studio with murals on the ceilings and a two-story house with five bedrooms and six bathrooms.
For now, Rivera fans remain in suspense over the unseen works.
The property is not open to the public so that interested parties can decide what to do with it, Phillips said.

Your guide will always be with the group explaining everything about the specific locations as well as about the Mexican lifestyle, food, religion, politics, taxes, and most of all, how to make your visit fun and memorable.

We will make a number of stops for pictures during a 6 hour tour in Acapulco. 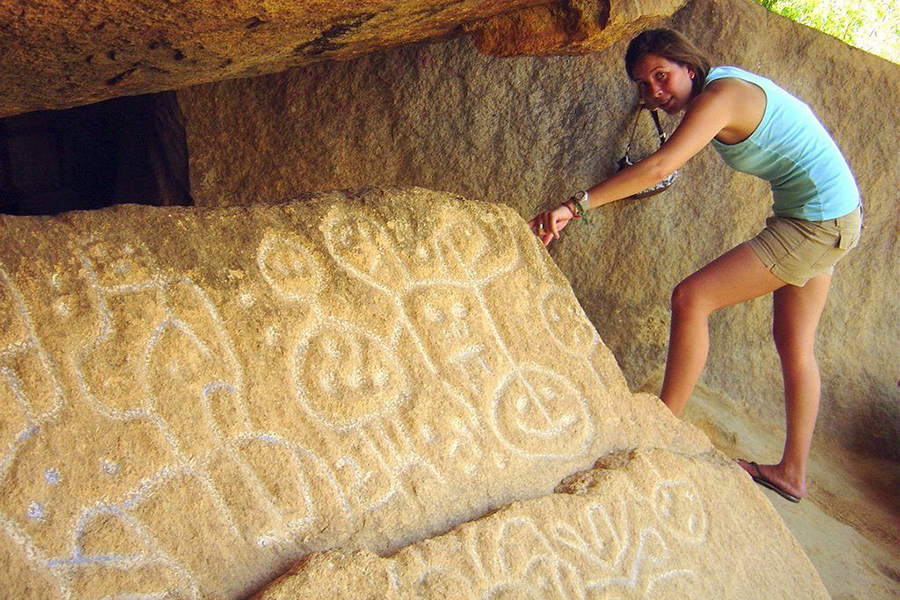 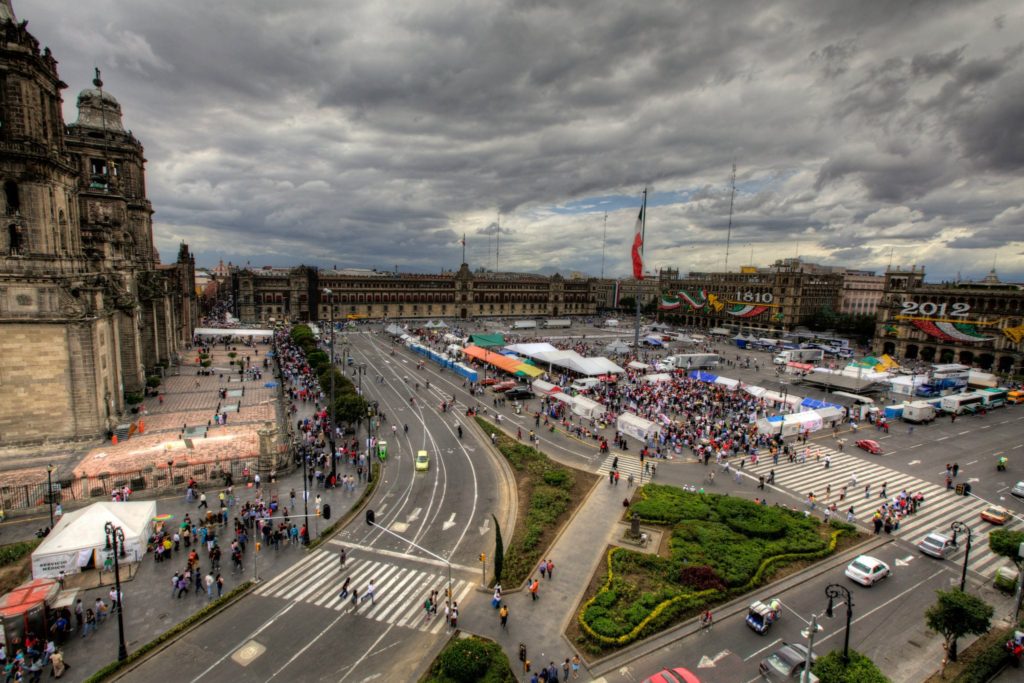 One or Two Days Trip to Mexico City From Acapulco All Attractions – $179.99 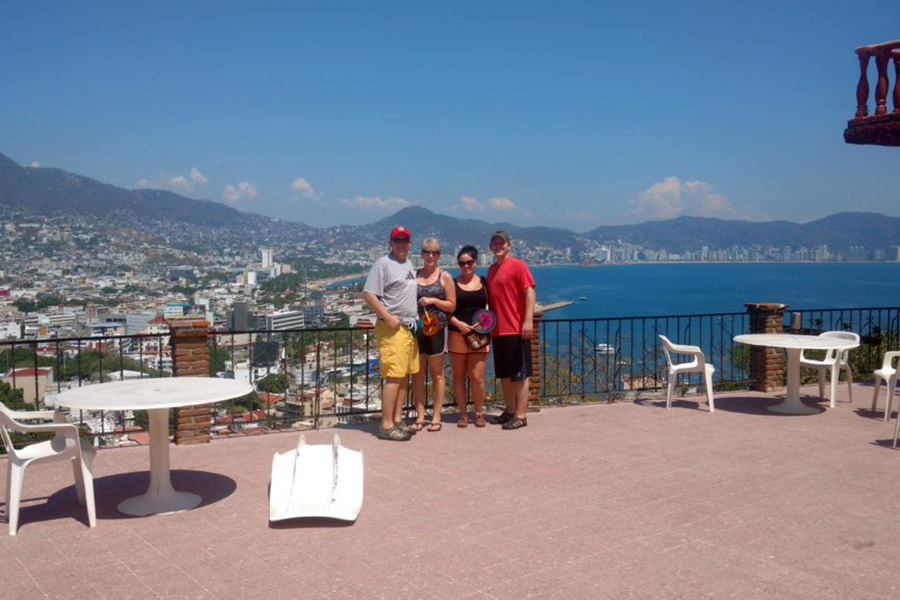